They're having a bit of fun over there, spoofing an ad that the Conservative leader, David Cameron came out with. Here was the original: 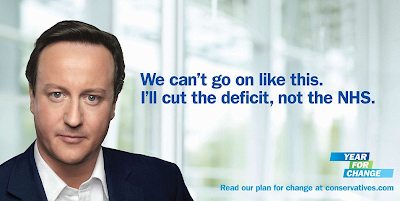 And here are some spoofs at Mydavidcameron.com that have begun based on the above big fat shiny target: 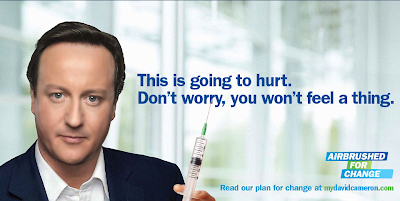 Seems to be some resonance between Mr. Cameron's message on painless deficit reduction and Mr. Harper's. Do you believe it? Some Brits obviously think it's hilarious.