Our new Canadian digs in Boston

Our recent real estate buy has caused a minor sensation in the Boston area. The house was purchased in the Crown's name leading to some excitement about the possibility of the Queen buying a house in the area. But alas, it's just Pat Binns, our Consul General in Boston who's moving in.


...the Canadian government has a policy of buying and leasing property for its consulate staff to live in -- hence the two other homes in Wellesley, and two other leased properties in the area.

And to hear Binns explain it – he just arrived in town last year after a diplomatic stint in Ireland - the move is all a matter of government efficiency.

“We were looking for a house that was the right size for our operations,” he said.

The $1.5 million house was purchased on January 18th. 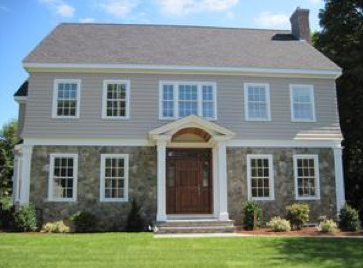 Meanwhile, in other parts of the world, Canada's largesse is not as, well, large: "Even before the uprising, our embassy in Cairo had been stripped to the bone, to the point where there’s a three-year wait for citizenship applicants from the region."