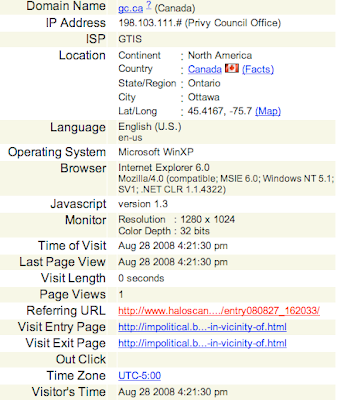 Can't think that it helps when your candidate, running for the third time, who apparently works in the film and television industry has to justify massive Conservative cuts to the arts. Especially when he's let himself be described in this manner:

Due to his experience as an artist and a businessman, he is convinced that culture is one of our nation’s strengths and that Canada could improve its performance in terms of cultural exports.

Gee, that might be tough given the antics of the Conservative government of late.

Very strange position to put your candidate in:

While the decision has sparked controversy across the country, it is in Quebec that it risks having the most impact - both on arts groups and on Conservative political fortunes. Observers have even suggested it could cost the Tories their chance of winning the by-election in the riding of Saint- Lambert. (emphasis added)