This is what happens when you elect Deficit Jim 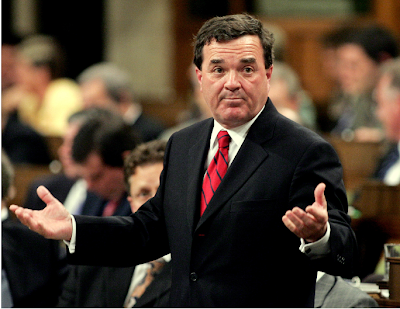 He delivers. An August deficit of $1.7 billion.

The government's revenues stagnated in August as Prime Minister Stephen Harper's government dealt with its cuts to corporate taxes and the goods-and-services tax. Spending, on the other hand, continued to balloon, rising by 10 per cent – or $1.5-billion – over the same period in 2007.

See now this is the kind of thing that can really make an electorate cynical about little things like election timing, rosy campaign rhetoric, the honesty of their politicians and the like...
Posted by Nancy Leblanc at 10/25/2008 09:14:00 AM