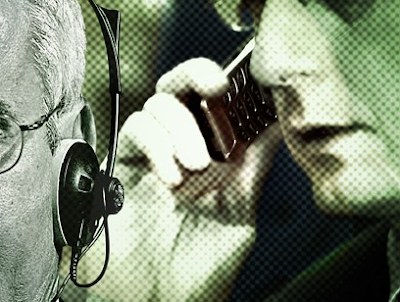 Well that was quick: "Spies to stop wiretapping lawyers." Immediately upon being found out, CSIS agrees to stop listening in on solicitor-client communications. Not even an attempt at an argument made to the judge by CSIS:

Canada's spy agency agreed Thursday to cease listening to privileged conversations between certain terrorism suspects and their defence lawyers, resolving the issue almost as quickly as it emerged from behind the curtain of secrecy.

In two Federal Court hearings this week, it was revealed that the Canadian Security Intelligence Service has been taping protected solicitor-client conversations. Although such snooping would be clearly unacceptable in most conventional areas of the law, it popped up in the context of Canada's controversial (and evolving) security certificate law.

The disclosure spawned a cease-desist-and-delete defence motion, which in turn led a federal official to tell the court the spy service has no problem with turning off its tape recorders whenever lawyers call in the future.

“That's fine M'Lady,” CSIS lawyer Jim Mathieson said in a conference call from Ottawa. Offering no resistance, he told Madam Justice Carolyn Layden-Stevenson that CSIS would happily hang up on future conversations “once the nature of the communication is known” to involve any defence counsel.

Oh yes, just a sunny, that's fine, okey dokey...like nothing has transpired. In caving so quickly, they have essentially acknowledged that they didn't have a leg to stand on by listening in to these privileged calls. One would have expected to hear some kind of legal argument from CSIS when caught to muster some kind of justification for it. Some rationale for having committed such an overtly improper act. Nope, nada. Begging the question, then why were they doing it in the first place? And for over eighteen months?

Late Thursday, Layden-Stevenson issued an order to the spy agency to cease intercepting such calls and to delete any they inadvertently record.

If CSIS doesn't know that "...centuries of legal precedent would make it obvious to government agents that they had to put down their earphones once lawyers called...", then this should be a wake-up call to our elected representatives. Clearly, CSIS needs to be told. It's an indication that CSIS, in executing the security certificate provisions involved here need much better oversight than they've had to date and perhaps some amendments to the process need to be considered. This little exercise has demonstrated that they are clearly willing to push the limits of what is permissible by breaking solicitor-client communications. Makes you wonder what other limits they are pushing as well.
Posted by Nancy Leblanc at 12/19/2008 06:35:00 AM