An opportunity to rev up some kind of nationalistic furor presents itself and a Conservative MP is all over it: "New Brunswick MP complains about school's decision to drop O Canada."

A Conservative MP from New Brunswick says he believes Canadians are outraged by the decision of a school in the province to stop playing O Canada over the school's public address system every morning.
Mike Allen, the member for Tobique-Mactaquac, told the House of Commons today that the move amounts to "political correctness run wild."
Allen says he understands the principal wanted to be inclusive, but he stressed that the song itself is an expression of "our collective pride" in being citizens of Canada.
The MP is urging the principal of Belleisle Elementary School in Springfield to reverse his decision.

Canadians are outraged? I think Canadians may be a little preoccupied with other matters these days. Whether the local elementary school is playing the anthem though is apparently Mr. Allen's priority at the moment. I'm thinking he could be spending his time a little more wisely instead of attempting to drum up a distraction. We have just spent a week obsessed with the economic life of the nation, perhaps something along those lines might be more productive at the moment.

The school is handling this a little awkwardly, with the principal framing the playing of the national anthem as some kind of referendum on the beliefs in the school when really, it sounds like they just want to lessen the distractions for kids as the school day starts. So let the school do what it wants to do for its own administrative purposes.

Seeking to exploit the situation for political purposes seems rather inappropriate and opportunistic. The last thing we need is to go down the road that the Americans do, establishing some kind of patriotic litmus test on such issues.

Update (5:20 p.m.): Might this have been another attempt to distract from current Conservative misfortunes? 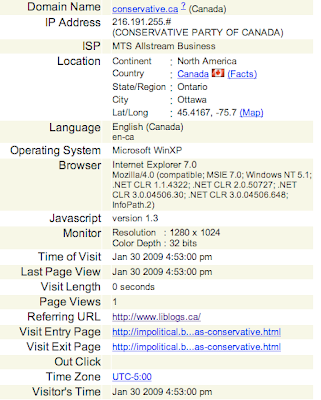