The "Harper Government" chronicles roll on 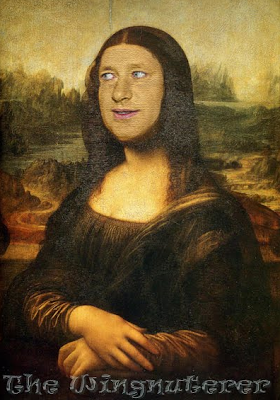 Friday fun! Such great moments in Prime Ministerial ego should not be permitted to pass without recognition. Of course he did this!


...a directive went out to public servants late last year that "Government of Canada" in federal communications should be replaced by the words "Harper Government."

Public servants from four different line departments told The Canadian Press the instruction came from "the Centre" — meaning the Prime Minister's Office and the Privy Council Office that serves the prime minister.

None would speak on the record for fear of retribution.

So the PM's office is confirmed to be behind this contorted development we've been watching for years now. Excellent. A formal and delightful revelation about Mr. Harper. It violates Treasury Board rules as mentioned in the report, despite the poor guy from Treasury quoted there who is for some very strange reason spinning like a top.

"If you think you're on to something that is going to ignite people from coast to coast in a fury of rage, maybe we'll look at it. But this is the first I've heard of it, so good luck with it," Day told CBC News.

Despite that comment and the many others telling us this won't catch on, let's see:

The story — which included fierce criticism from some public administration experts, including former clerk of the Privy Council Mel Cappe — spread like wildfire through social media. The reaction appeared to be predominantly negative.

Listen to the Liberal ad here.