So there's this incredible story on CBC right now that deserves attention and what-on-earth-were-they-thinking treatment: "Literacy guide uses partisan example to conjugate 'elect'." Here's a screen shot of one of the sentences that is being used to teach people how to read in government financed literacy programs in the Harper Government™ era. 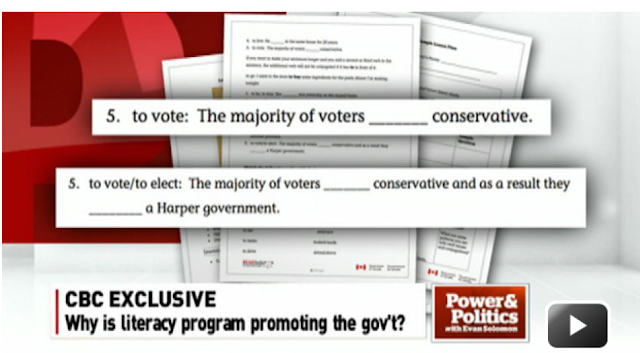 Suggested completion of sentence 5 above: "The majority of voters DO NOT VOTE conservative and as a result they MOST UNFORTUNATELY STILL END UP WITH a Harper government."

Or, have your own fill in the blanks fun!